"For the development of polyvalent logic switching circuits, the Romanian School of Computing, and support of the first Romanian computers."

Grigore C. Moisil pioneered the application of mathematical logic to computer science. In the 1950s, Moisil developed a new structural theory of finite automata and proposed what he called "The trivalent Lukasziewiczian algebras applied to the logic of switching circuits," an important contribution to the development of computer science in those early years.

"In 1996, the IEEE Computer Society granted him posthumously the Computer Pioneer Award, in recognition of his merits as founder of computer science, along with other thirty-two scientists among whom E.W.Dijkstra, H.H. Aitken, J.F.Forester, K.Zuse and D.A.Huffman.[24] Solomon Marcus (1925-2016), one of the outstanding personalities of the Romanian culture and mathematical world, wrote: Moisil’s heritage belongs to the Romanian culture and the new generations deserve to know this unusual personality." Ioana I. Moisil, ICCCC 2016 from http://dzitac.ro 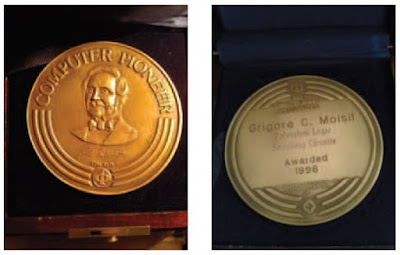 About the Computer Pioneer Award

The Computer Pioneer was established in 1981 by the Board of Governors of the IEEE Computer Society to recognize and honor the vision of those people whose efforts resulted in the creation and continued vitality of the computer industry. The award is presented to outstanding individuals whose main contribution to the concepts and development of the computer field was made at least fifteen years earlier - Image and Ref.: https://www.computer.org/web/awards/pioneer . 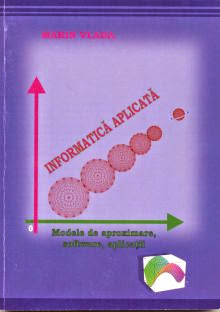